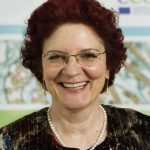 Dr Andrea Ammon blames the return of skiers and snowboarders from Alpine skiing breaks in the first week of March was a pivotal moment in the spread of Covid-19 into Europe.

And in her interview with The Guardian newspaper in the UK last week she warned that Europe should brace for a serious second wave.

“The question is when and how big, that is the question in my view,” said Dr Ammon (pictured above), director of the European Centre for Disease Prevention and Control (ECDC), a former advisor to the German government..

In her Guardian interview she said: “Looking at the characteristics of the virus, looking at what now emerges from the different countries in terms of population immunity – which isn’t all that exciting, between 2 per cent and 14 per cent, that leaves still 85 per cent to 90 per cent of the population susceptible – the virus is around us, circulating much more than January and February.

“I don’t want to draw a doomsday picture but I think we have to be realistic. That it’s not the time now to completely relax.”

And she was believes that Alpine resorts were the breeding ground and first point of arrival for much of the pandemic in Europe in Janury.

“Because at that time we saw new cases all over Europe and actually they had been in the skiing places in the Alps, in Italy, Austria,” she said.

“I mean this is a crowded place, the ski resorts, and then you have these cabins that you go up the mountain and these are really crammed.

“Yeah, it’s just perfect for such a virus. I mean I am pretty sure that this contributed to the wide spread in Europe.”

The case of the ski resort of Ischgl in Austria has a reputation as a virus-spreader. The village had the highest concentrations of covid-19 in the whole of Austria.

It remained in full lockdown and along with the other Austrian resorts of St Anton and Soelden long after other areas saw their restrictions lifted.

It is interesting to see this has now been confirmed by the medical experts, but it was obvious for anyone to see with a modicum of knowledge and common sense.

Perhaps the more worrying aspect at this moment in time is that Andrea Ammon believes a second wave is coming.

She advises that the prospect of a second wave of coronavirus infection across Europe is no longer a distant theory.

“The question is when and how big, that is the question in my view,” said Dr Andrea Ammon.