Arena BSB is a SPE (Specific Purpose Entity) whose objective is to manage and operate Brasilia’s Sports Complex, all its equipment and future endeavors for 35 years. The management is under a concession contract with Terracap (a government real state agency who owns the complex). Arena BSB is owned by RNGD Consulting and Johan Cruijff Arena:

Headquartered at the Brasilia’s National Stadium, Arena BSB stands out for its service level, bringing its partners’ long-standing management expertise in the operation of large structures and events.

The complex is in the central region of Brasilia with a total area of over 800 thousand square meters. Bordered by the Eixo Monumental, the city’s main avenue, it is close to the city’s central bus and subway station and has a large parking area.

In the Complex’s direct vicinity are the hotel, commercial and banking sectors of the city, as well as the main Federal and Local Government administrative buildings. As for the residential sectors, within a radius of less than 10 kilometers, there are approximately 275,000 inhabitants with the highest average income level in the country.

Each of these structures encompasses a range of specific primary and secondary activities with different usage possibilities. At Present, the project’s landmark is the Brasilia’s National Stadium, either for its magnitude or for its history in the city. Its construction was completed in 2014 in order to host the World Cup, following all international standards (FIFA) for structure and capacity.

Like many of the modern arenas around the globe, the Brasilia’s National Stadium will act as the heart of the Complex, attracting and enhancing users’ flow and consumers to the surrounding area. This will boost the sales from the Boulevard’s shops and the use of other leisure areas in the surroundings. The complex’s central location further reinforces this aspect.

The Nilson Nelson Gym is a multi-sport gymnasium with a 11.000 seat capacity, opened in the 1970s. Up until now it has not undergone any major refit. The structure must be modernized, following international standards (Multi-Purpose Arena), prepared to receive concerts and events with audiences of up to 15,000 people (about 10,000 seats).

The “Boulevard” is an open mall: its purpose is to integrate several activities in the same place, characterizing it as a Lifestyle Center – work, entertainment, commerce, and leisure. The Boulevard was conceived with the objective of enhancing and diversifying Arena BSB’s operation earnings, as well as becoming a reference for leisure for city inhabitants and tourists. The space will offer inclusive, modern, high-end infrastructure, that will be easily accessible to users.

The Boulevard’s focus is to serve as an attraction hub for a constant daily flow of people to the complex and diversify activities and services offer to different audiences. It is also an opportunity to meet the city’s demand for bars, restaurants and nightclubs that are located outside residential areas (without noise restrictions). Below are some of the structures planned for the mall:

The total gross leasable area planned for the boulevard is 42.889 m². Its will occur in 2 phases, in order to maximize occupancy and ensure the gradual integration of the complex into the daily life of Brasilia’s citizens. Additionally, the Masterplan foresees a landscaping project that will emphasize the monumental aspect of the complex and making its spaces more inviting for inhabitants and tourists. This Masterplan has the fundamental role of connecting all the planned attractions.

Thus, the main objective of the sector’s requalification project is to become a reference in the city in terms of sport, leisure, entertainment, and culture. The possibilities to explore the activities in the sector are diverse and the location is unique! 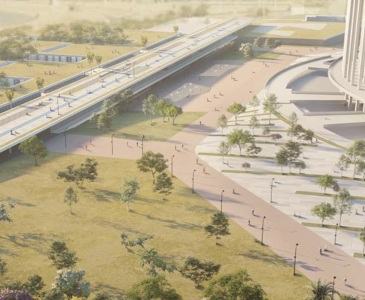 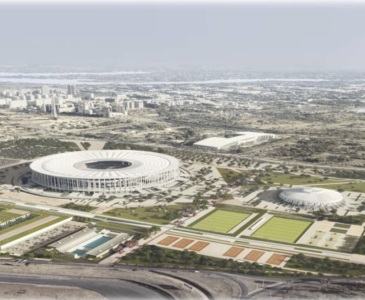 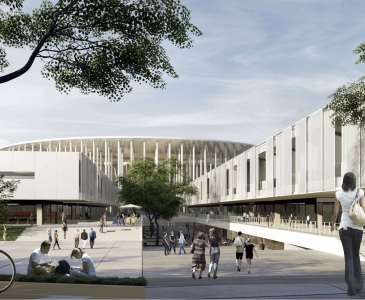 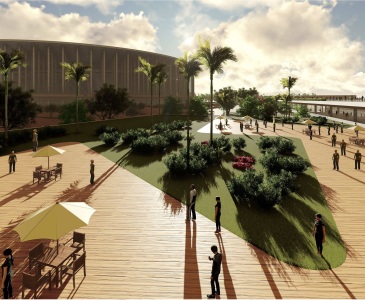 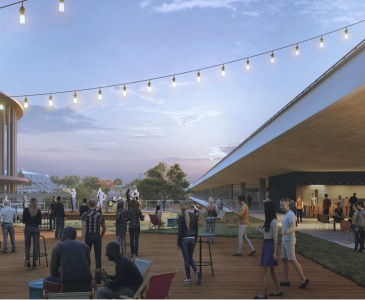 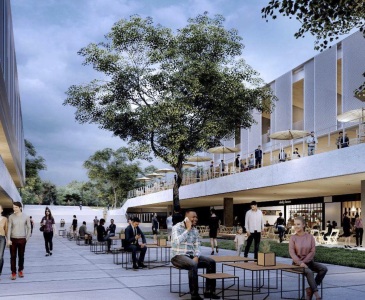 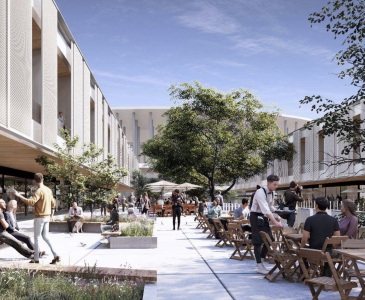 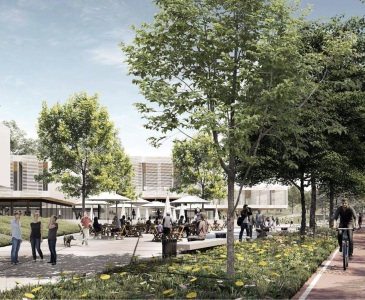 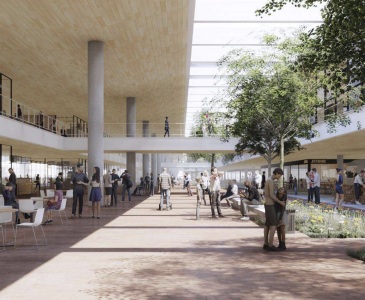